Numbers are in, and for the first time since January, The National Association of Home Builders/Wells Fargo Housing Market Index (HMI) posted with a score of 53. This meaning that builders in the country overall view the housing market as in a “good” state and builder confidence is rising in the housing market. The HMI surveys builders monthly and posts an average number score that falls into one of three categories: good, fair, or poor.  The HMI states that any number above 50 is deemed a “good” view versus a “poor” one.

The Chief Economist of the NAHB David Crowe attributes this score to the recent growth in the labor market. “As employment increases and those with jobs feel more secure about their own economic situation, they are more likely to feel comfortable about buying a home.” Builders have definitely picked up on that tidbit and are planning for an even bigger increase throughout the rest of the year. The survey, along with collecting builder confidence, also asks builders to rate their expected traffic and future sale expectations. All numbers posted a gain in all sectors of the country (Northeast, South, West, and Midwest.) This overall growth in confidence parallels the success in other markets (retail, food, etc) and could be a sign that the country is beginning to truly shake off hesitations brought on by the economic downtown. The numbers have posted small but steady gains throughout the year and it is expected to only continue.

Now is your time to act and take advantage of the market before it hits its full swing. House prices are the lowest now they will ever be as long as the market continues at the rate it is. Act while you can!
Posted by RESH Marketing at 1:00 PM No comments:


Light bulbs – always there but never acknowledged. They provide the light for us to see, yet do we really see the effects our light bulbs have on our environment and us?  Below is a list and brief explanation of the most common types of light bulbs you will encounter and which one works best for which task:

Fluorescent:
Fluorescent bulbs are considered more energy efficient than their incandescent counterpart using about 1/3 as much energy to power and lasting up to 20x longer!! Fluorescents had a negative rap for a long time, despite their energy-conserving prowess. Their lack of pleasing light colors and intensities left the fluorescent to be used almost exclusively in offices and commercial buildings, but with the advancements in technology today, many fluorescents match and even surpass the incandescent with light intensities and now being able to produce the “warm” light glow that many seek in their houses. Another issue that held fluorescent bulbs back was their shape. The long, slender bulb had no place in the residential household and smaller scale fluorescents were increasingly hard to find. Thankfully now, there is a fluorescent that provides the excellent energy conservation whilst still retaining a usable size for households. The Compact Fluorescent Light Bulb (CFL) now allows for fluorescent bulb usage throughout the home. The CFL is designed to replace the traditional incandescent, and with the development of the CFL, fluorescents just might have a shot at doing so.

Light Emitting Diodes (LEDS)
LEDS employ photons to produce light. Currently, these types of lights produce the best “bang for your buck” giving up to 50,000 (that’s right 50,000!!) hours of light time before being replaced. LEDs use mini reactions internally, causing electrons to combine and produce light. LEDs are extremely small, so several are often used in the production of LED lights. LEDs are just now starting to be used and will eventually become the new “standard” when it comes to light bulbs. LEDs take very little energy, about 20x less than an incandescent, and produce about 25x more light than the incandescent. The only drawback to LEDs is currently the price. LEDs are the most expensive form of light bulb on the market, simply because of a lack of real competition (compared to incandescent and fluorescent.) Analysts predict the price of the LED will drop as more companies start shifting their productions to make more LEDs. But even with their current price, LEDs still offer amazing savings in the long run if you are willing to shell out the extra few bucks at the beginning.

High-Intensity Discharge (HIDs)
HIDs are similar to LEDs as far as performance goes. They are extremely energy efficient and last an overwhelmingly long time, however, HIDs employ powerful metal halides (bulb filaments are coated in them to allow for longer use). These halides burn excessively bright and hot, making indoor use for them impractical, but they make excellent floodlights or motion lighting for security areas.

Overall, the light bulb has come a long way from the days of Edison. Today, the choices are quite varied and tailored to suit individual needs, but all are pushing for a more energy efficient method of illuminating the world. When it comes to what you can do to reduce your environmental footprint, make sure to always look for the Energy Star logo when purchasing light bulbs (or any appliance/electronic). These products have been specifically designed to not only save energy, but save you money! Using Energy Star products can save hundreds of dollars a year (even just switching light bulbs equates to about $50-$75 in savings a year). Now’s your time to act and make the switch to a more energy efficient life! One light bulb change at a time will bring you closer to the green lifestyle we all need. Do your part now, and begin changing those bulbs today!
Posted by RESH Marketing at 7:46 AM No comments:

Going away on summer vacation? Enjoy your trip without worrying about your home while you are away. See the tips below on how to keep your home safe and sound while you enjoy your vacation!

1. House Sitter - If possible, have a trusted friend or relative stay at your home to keep an eye on the premises, pick up the mail and water the plants.

2. Hold Mail - Put a hold on your mail so it doesn't give away your absence. Same with your newspapers! Most areas let you put a hold request over the phone or online.

3. Alert the Neighbors - If you have a trusted neighbor, ask them to occasionally check the home to remove any solicitation fliers, packages or debris that could give you away as being out of town. Ask them to take your garbage can to the street as you normally would.

4. Hire Landscaper - If you are going to be away for a while and your yard is likely to get overgrown - this could be a dead giveaway to someone looking for empty houses to target. It's worth hiring a landscaper to make sure your lawn stays trim and tidy.

5. Remove Key - Remove your spare key from outside. Don't leave anything under the mat or behind a fake rock - burglars know what to look for.

6. Keep Quiet - Don't promote your travel plans on social media. Without the proper privacy settings, robbers can use that information to determine when your home will be unattended.

7. Alert the Police - Let your local police know about your travel plans. They can drive by your home just to make sure that all is well and give you some added peace of mind.

Enjoy your vacations this Summer!
Posted by RESH Marketing at 8:24 AM No comments: 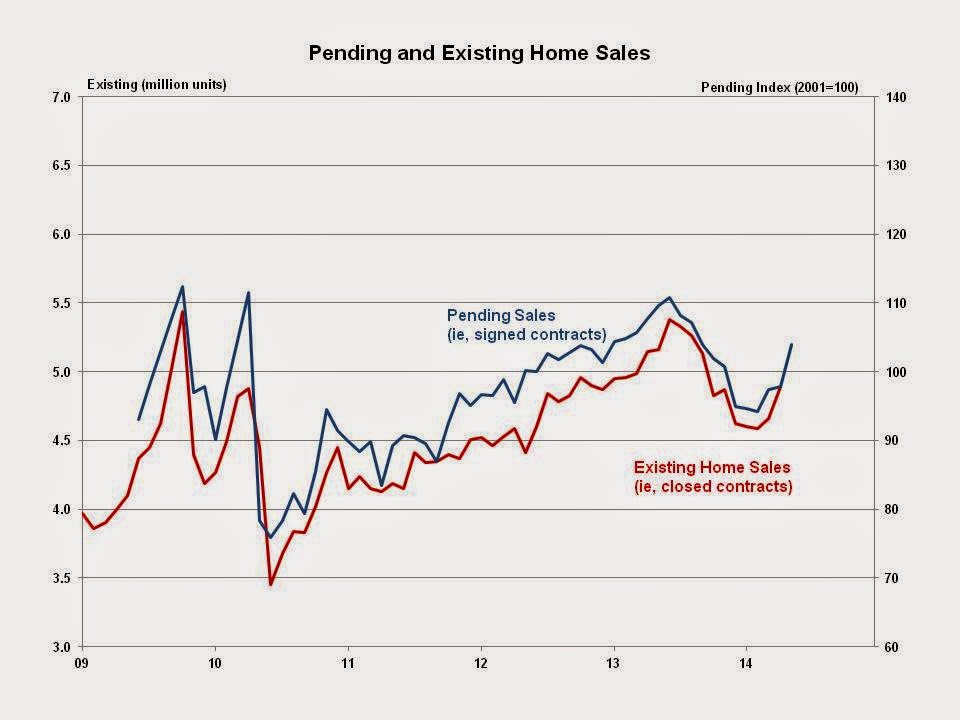 The numbers are in and news from the National Association of Home Builders suggests a slow but steady growth in the housing market throughout the first half of the year. Getting off to a slow first quarter, it seems the market is starting to find its footing. Pending home sales reported the largest month-to-month increase this decade, accompanied by strong existing and new home sales. Builders are still reporting shortages in labor but it does not appear to be slowing trends down. While cautious, investors seem to be investing their money in the right sectors that will produce long-term results.

Another report from the Census Bureau estimated residential construction spending increased as well as in the single and multifamily home markets. This information is on the heels of a growth in the labor market with the average unemployment rate falling to 6.1%, down 1.4% from the same time last year.

With just a small stumble with the GDP, but overall positive numbers, analysts are predicting a steady climb for the second half of the year and into the next. Consumer confidence has grown over the past quarter with the Consumer Confidence Index hitting its highest level of 85.2, something not achieved since 2008!
Overall, economic growth remains slow but steady. Mortgage interest rates remain historically low making this a great time to buy!
Posted by RESH Marketing at 12:34 PM No comments: 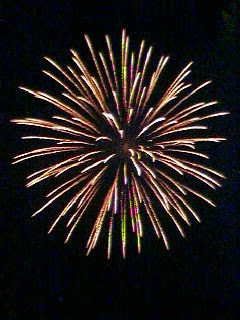 Looking for what to do this 4th of July?  We’ve got you covered!

Have a safe and happy holiday from all of us at Park Ridge Builders! 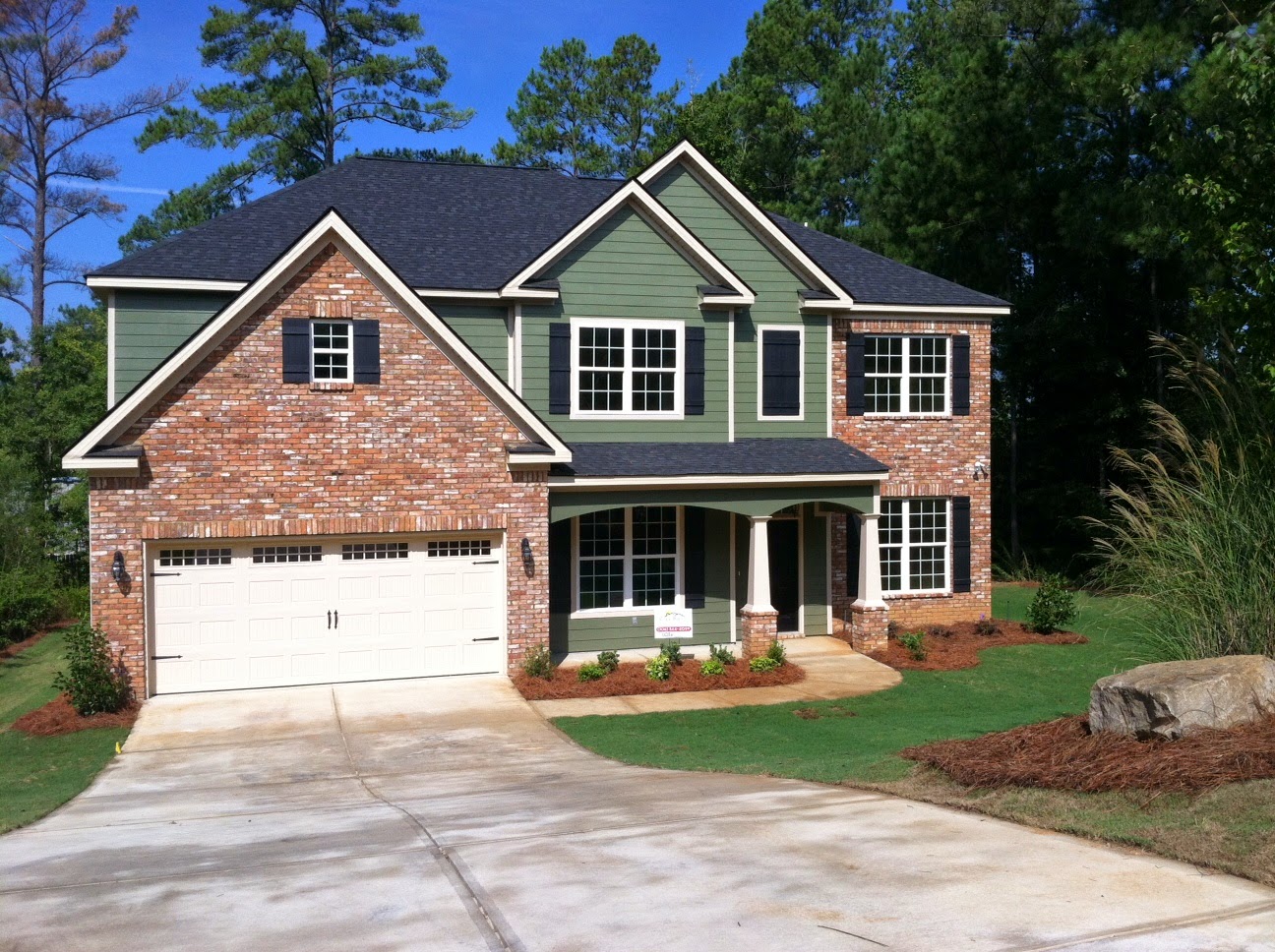